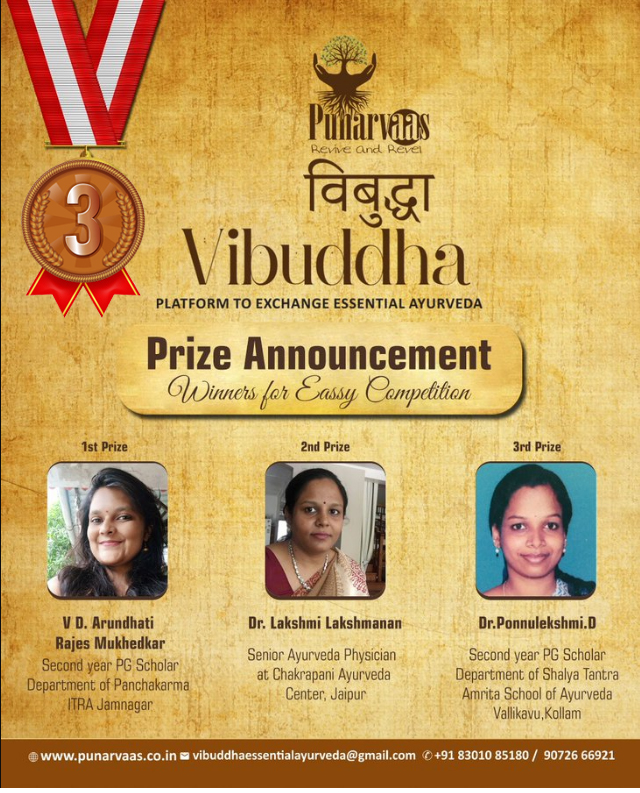 The current century had been witnessed to great landmarks in history which has given a much-needed impetus to the scientific credentials of Ayurveda. It is nevertheless believed that instead of retrospective approach of looking into the Ayurveda through the scientific reappraisals, a prospective approach through primary understanding of Ayurveda by exploring the core concepts of Ayurveda and subsequent modern research validation should be necessary. I would like to quote here the newly enacted Ayurveda surgery act and the effective Ayurveda covid treatment protocol which is hard to digest and except for the so-called torch bearers of modern medicine because it proves the eternal science of Ayurveda is still effective and beneficent even in this 21st century of technology driven lifestyles. There is also another opinion which tells that Ayurveda and its treatises are so pure and considered as Aptopadesha, during those times it was more evidence based and advanced in its own terms, thus a validation process is itself a mockery of this blissful and eternal science. But the modern diagnostic tools and technology can be incorporated to apply ayurvedic principles on a much higher clinical level.

Ayurveda is renowned to be the “oldest medical system known to man and the most far-reaching spiritual teachings in the world.” Ayurveda is based on the concept of maintaining the balance of the body and mind at a multi-dimensional and multi central way. Thus, it helps the patient to understand the benefits of knowing the relationship between body and mind thereby creating a subtle bond with nature. This explains the versus from acharya charaka regarding the nityatwa of ayurveda.